When you visit Paper & Leaf on bucolic Bainbridge Island, just off the coast from Seattle, you might occasionally hear Blues Traveler cycle through the speakers in the gallery-like dispensary, where premium bud from Washington’s top growers is displayed in framed backlit cases. The fact that co-owner Brendan Hill is the founding drummer of the Grammy-winning jam-band, who are up for a 2022 Best Traditional Blues Album Grammy for their 14th album, Traveler’s Blues (Round Hill Records), is almost coincidental.

“I like keeping them separate,” says Hill via Zoom from his Bainbridge Island home. “It’s not something I just fell into because of Blues Traveler. I started Paper & Leaf from scratch with my partner, Steve Kessler.”

True pioneers, the partners moved fast. Less than a year after the state greenlighted adult-use dispensaries in July 2014, Paper & Leaf had converted an old warehouse into an upscale cannabis boutique that’s been featured in Architectural Digest.

“Everyone in the band is very proud of Brendan,” says Blues Traveler’s harp-slinging singer John Popper, speaking by landline from his rural spread outside Everett, WA. “As a drummer, he’s always supporting us. But the shop is all his, and he’s really been on the front line of the legal pot movement.”

Hill’s also at the forefront of digital point-of-sale cannabis transactions with KlickTrack, a retail ecosystem “built by cannabis retailers, for cannabis retailers,” he says, that’s now being used by dispensaries throughout Washington and several other states.

All five members of Blues Traveler will converge in Las Vegas for the pandemic-postponed Grammys on April 3, when awards for non-pop categories like Traditional Blues are handed out in the afternoon. It’s the band's first nomination since 1995, when their hit single "Run-Around" won the Grammy for Best Rock Performance by a Duo or Group.

“We were completely surprised, thrilled and honored by the [blues] nomination,” says Hill. Win or lose, Blues Traveler can be justly proud of an album which jettisons their trademark more-is-more playing on blues standards like “Ball and Chain,” “Sittin’ on Top of the World” and “Trouble in Mind” with an A-list of special guests including Keb’ Mo’, Warren Haynes and Crystal Bowersox.

“We had to unlearn old patterns,” admits Popper, who gives the songs room to breathe instead of filling every crevice with harp triplets. “Less is more is a lot easier.”

Hill the timekeeper couldn’t be happier, noting: “The songs have a very chill, laidback tenor spiced with our own Blues Traveler flavor, and I really enjoy playing them live.”

RELATED: How Blues Traveler's Version of "I Want to Take You High" Ended Up on the "Hempilation" Album

Part of that enjoyment comes from cannabis-induced creativity, which fueled Blues Traveler from their humble start in New Jersey in the late ’80s. “Back in Princeton, we used to get high and bring a little cassette recorder into my basement and just jam for hours and hours,” recalls Hill. “It created a kind of telepathy among musicians that’s continued throughout my career, playing with H.O,R.D.E. and touring with other groups.”

Popper concedes he was "a big drinker pre-pandemic," but says, "drinking alone felt like work. I forgot how to drink and play. So I’ve become quite a pot smoker. Pot is a beautiful thing.”

Though the pandemic wreaked havoc with Blues Traveler’s touring schedule, like it did with every other band, it proved to be a bit of a boon for Paper & Leaf.

“The website was very popular,” Hill says with a sly smile. “Everybody was pretty bored, drinking a lot of wine, and people started to realize, Hey, cannabis might just spark a little inspiration to start painting or playing the piano at home. We saw a big spike in the beginning when people stocked up, and did a lot of curbside sales when you couldn’t come inside. So we were able to stay open.”

Popper on Hill: "He’s really been on the front line of the legal pot movement.”

Hill opened a sister shop next to the dispensary in 2021. Along with espressos, t-shirts and low-THC CBD, Paper & Leaf Market sells branded lighters and papers. All profits go to the Last Prisoner Project. Together with Paper & Leaf employee tips and store matches, they've raised more than $10,000 to help release people jailed for cannabis criminalization.

“It’s all about working together to break the stigma,” says Hill, who looks forward to celebrating Paper & Leaf’s seventh anniversary in June. 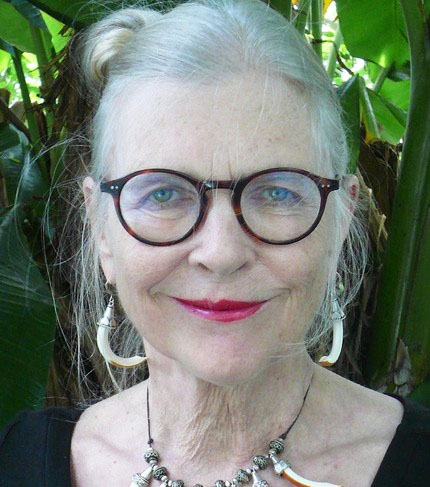